Tulsa Batting Cages | A Little More About Our Other Owner 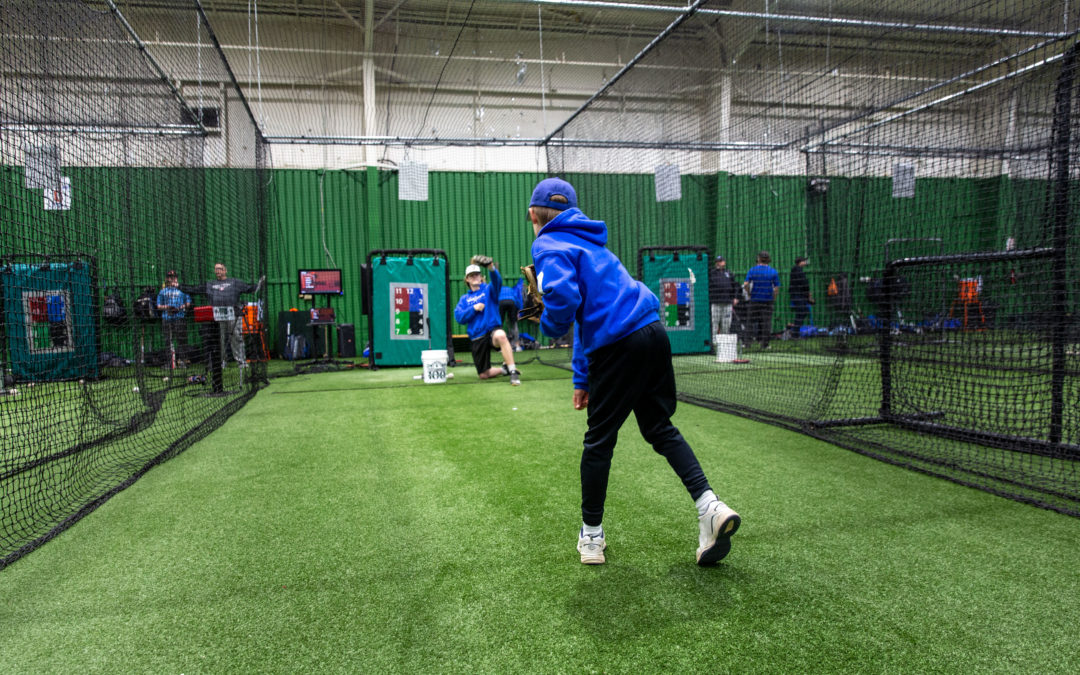 We would like to go to give you more about the background history of our founder(s) so that you can get a really good idea of where the Tulsa Batting Cages originally came from. We already told you a good amount of his back history from time is a child, but we have a couple more details to share with you about him. So, Jerry was in the process of changing jobs every five years or so because he could not find a good fit for him. At this point, he ended up in airline maintenance and he had over 250 employees. Even so, this is the point when he felt like he was in fulfilled and he really was not serving the purpose he was meant for.

Many years before the Tulsa Batting Cages that we have today is a time where Jerry began to spend a lot of time working with youth and high school teams. Eventually, he went on in life-changing mission trip to Nicaragua. This is the point at which God waited on his heart to take the initiative to collect baseball equipment. He just felt the overwhelming urge to do so and so he followed that out and listen to God. From this point, the Lord continues to open doors and what Jerry Jacobson would do this faithfully walk through these.

Time after time he was able to see the many blessings because she was following the call of God in his life which ended in Tulsa Batting Cages. So, for many years he was developing all the necessary formulas for what use ultimately about to do. After his missions trip, he began to regularly attend missions trips, satisfying a burning desire that he had given from God himself. He wanted to fulfill this desire but more importantly, one to fulfill his destiny and the purpose that was set before him.

Jerry just really sees a based logic tool to be able to reach thousands around the world. Jerry also has a son who was in the U.S. Army and he and his wife continue to inspire others to seek the Lord and see his potential in any given situation. They literally use the gifting that they have to help people find good things that are given to them from God. Once people realize that they have specific gift things that are meant to achieve a purpose and then they will start her fulfillment in their life.

People need to know that they actually are doing something that is going to mean something when they or something that actually matters. Now, we understand fully that there is not much more opportunity for hope once this life is over. This is why we put all of our faith in a God and we believe everything he says at our core. The fact of the matter is that if we are wrong and there is no God then absolutely nothing happens and we’re in the same position before. But, if we are right and the people think there is no God are wrong then they are the ones who are going to be in trouble.

Now, the dream that was Tulsa Batting Cages was not solely achieved by just Jerry. Jerry has a faithful wife who is also the co-owner, and her name is Barbara. Barbara was actually born and raised right here in the Tulsa area. She said Charles page high school and then after that, she moved on to Oklahoma State University. At this point, she graduated with a bachelor’s degree in 1993. The two of them have been together ever since they were married back in 1998 and as we said before they have one son together. Originally Barbara received her real estate license in 2001 and she found a passion for that.

Not only has she been able to use her gift things to help build the Tulsa Batting Cages but chose been able to use them in other areas of her life when she helps clients to buy and sell their homes. If you ever come in and see us then you will notice that Barbara was that a lot of different hats. She could be seen working on an indoor facility at the front desk, maybe assisting with the batting cages, or even doing the screenprinting/embroidery things. She really has a passion for helping people and she does it in any way she knows how. She volunteers extra time.

Yes, the Tulsa Batting Cages are the results of very fitful people who are just following the call of God in their lives. They walked faithfully and they see God continue to bless them because they are doing his work. They even put in extra time at the concession stands multiple nights during the week at the RBI games. Another thing that she loves to do is serve as a volunteer at the Tulsa Hills Youth Ranch. This program is a great yellow mentoring youth who are difficult situations.

Barbara ended up joining Coldwell Banker because she knew that was a very good company. Back in 2001 the year that she got her real estate license and she really sees a big value in helping Oklahomans to buy and sell their homes because this is where she grew up and where she is from. She loves to be able to be fully immersed in the slow pace and the affordable living situations that Tulsa has come to be known by. That being said, she always make sure she keeps perspective and she remains in the highest level of humility. This is what she constantly continues to serve the community and volunteer with different types of organizations.

She has been helping out in all of these different programs for many years and although they might not seem like a lot individually when you start combined for five programs in which she serves in addition to the work that she already does, you realize that it is pretty remarkable all the things she is able to keep up with and the amount of energy needed to do that.